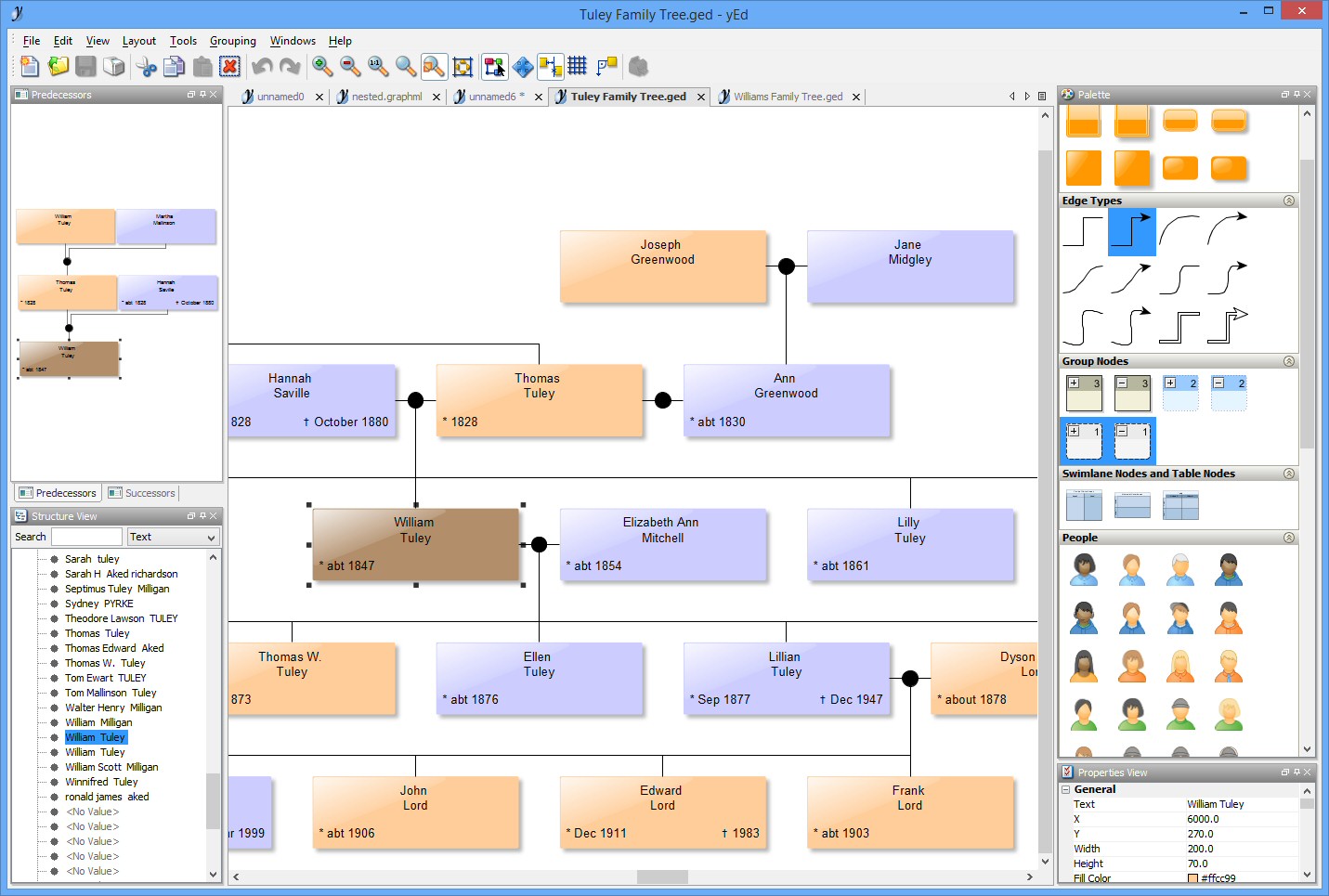 yEd Graph Editor is an easy-to-use tool for creating and editing diagrams.

The program works much like many similar applications. You'll choose your symbols from a palette (flowchart, UML, ERD, BPNM, network, computer, more), drag and drop them onto the page, and position them as you like. Symbols may then be customised with text, colours, URLs and more, before you join them up with lines to represent your structure or ideas.

The symbols on offer are more visually appealing than some of the free competition, which is an immediate plus. YEd isn't just about creating complicated charts for technical documents: it could be just as useful when designing something simple but attractive for a presentation.

It's easy to pick up the diagramming basics, too. When drawing a line between two symbols, say, you don't have to select a Line tool, look for symbol "handles" or anything else: just left-click somewhere over one symbol, hold the mouse button down and drag to another symbol, release and the line appears.

YEd can import data from GraphML files, XLS/ XLSX spreadsheets, GML/ XGML and more. But the real surprise was support for GEDCOM, the genealogy format. Not only does this allow yEd to import and display your family tree, it even offers some fine control over the process, for example choosing exactly which tags you'd like to import.

Export options are another highlight. You're not just restricted to saving your graphs as regular images (GIF, JPG, PNG), the program can also export EPS, SVG/ SVGX and PDF. There's even an HTML page with a custom Flash viewer, complete with its own chart panning, zoom and print controls.

Improved and corrected import support for the GraphML file format variants of our commercial yFiles diagramming libraries yFiles for Java (3.x version series), yFiles for JavaFX (2.x version series), and yFiles for HTML (1.x version series).
The 'Apply' and 'Apply Type' commands from the Palette's context menu now also support converting normal nodes to open/closed group nodes and vice versa. [Q&A 10269]
The JREs that are installed by the Windows, Mac, and Linux installers have been updated to Java 1.8.0_121.

Addressed a problem in the Excel import where importing spreadsheets with blanks/whitespace in sheet names failed. [Q&A 10230]
Many bugfixes, great and small.

YEd is easy for beginners to pick up, yet also provides the advanced controls experts need. Its diagrams look great, they're very configurable, and a host of export options gives you plenty of ways to share them with the world.