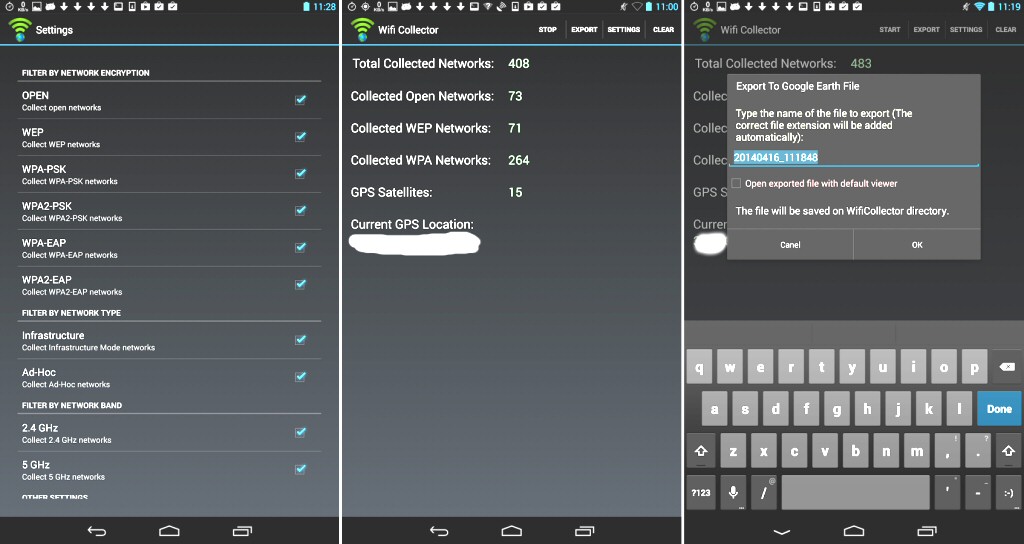 Wifi Collector is an Android app which detects collects data on wireless networks as you walk or drive around.

The app has a very basic interface, but is functional enough, recording plenty of information about any local networks: their name (SSID), MAC address of the access point, manufacturer of the access point, signal level, channel frequency, channel number, security (WEP/WPA/WPA2), WPS support (Yes/No), date and time that the network was detected, and the network's location (longitude and latitude).

As with NirSoft's PC tools, you can export this data in various text formats (CSV, HTML, tab-delimited).

Wifi Collector does go a little further, however, with the ability to save the network locations as a .KML file, meaning you can view them all on Google Earth: very convenient.

Wifi Collector doesn't collect or display as much network information as NirSoft's Windows equivalents. It does enough to be useful, though, and of course is easier to carry around when you're doing a local site survey.

Does the app also represent a new direction for NirSoft? We'll be interested to see what happens next.

Turn your Windows system into a wireless hotspot 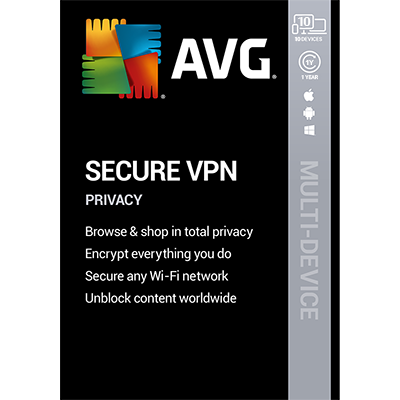