A quick and easy Registry defragmenter 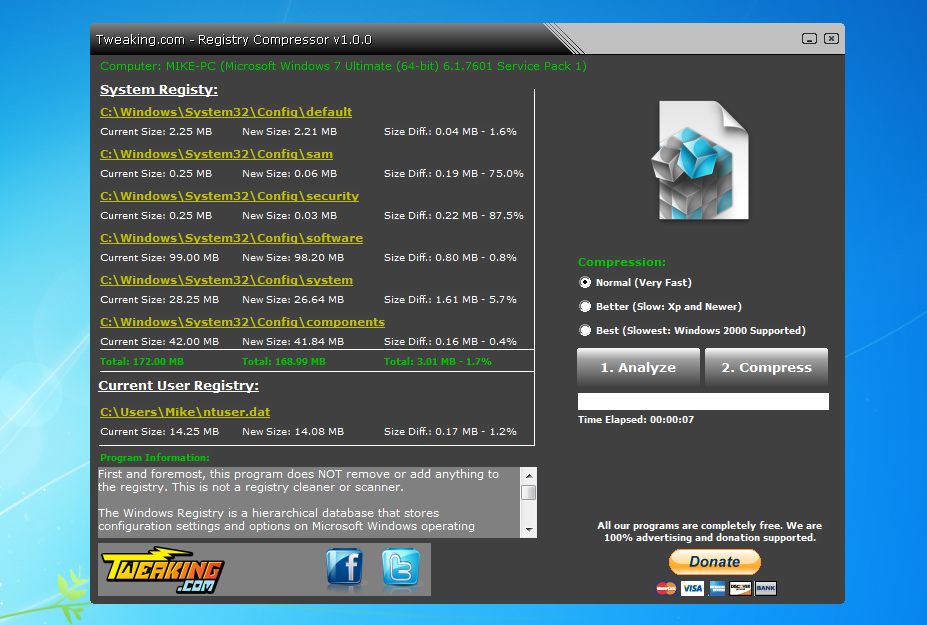 Launch Windows, open a folder or file, install, remove or run a program - just about everything you do on a PC results in Windows writing to the Registry. And over time that means the Registry files will grow, as they contain more and more "slack space", gaps where old entries used to be.

This isn't particularly harmful, but it does waste a little memory and hard drive space. And so you might like to try Registry Compressor, a small and simple tool which can defragment your Registry, removing this slack space (nothing else - this isn't a Registry cleaner) and cutting the files down to size.

We've no reason to believe this is dangerous - it's a simple enough process, and worked fine on our test PC - but plainly if there is a problem and your Registry is corrupted, then it will be a disaster. So only run Registry Compressor on a system which has been fully backed up. And close down all running programs before you launch it, too.

With that done, launch Registry Compressor, click Analyze, and after a few seconds it'll present some figures on how bloated your Registry files might be. On our test PC, some of the smaller hives were anything up to 9 times larger than they needed to be, but overall this wasn't a major problem: the total size of our Registry was currently 172MB, and Registry Compressor claimed it could reduce this to 168.99MB, a 1.75% saving.

If you'd like to make this saving on your PC, simply click "Compress", and after a second or two (it's very quick) the program will tell you it's done, and recommend you reboot. We did so, checked again and our fragmentation had dropped to 0.1MB, or about 0.06%.

Is this worthwhile? We saw no apparent performance difference. Still, when you're optimising your PC then all these smaller tweaks can add up, and it's so quick and easy to use that you might want to give Registry Compressor a try. Just be sure you use it with care; backup your system and close programs beforehand, and reboot your system immediately afterwards.

- Now supports the command line /silent or /s and can now also reboot the system if you want it to.
- Code changes and cleanup, program is now 330kb smaller.

Registry fragmentation isn't a major PC performance issue, but it can waste a little RAM and drive space, and Registry Compressor recovers this with ease 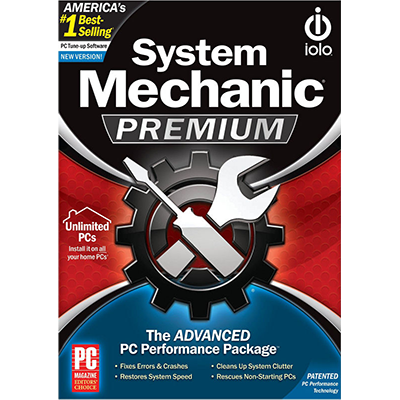