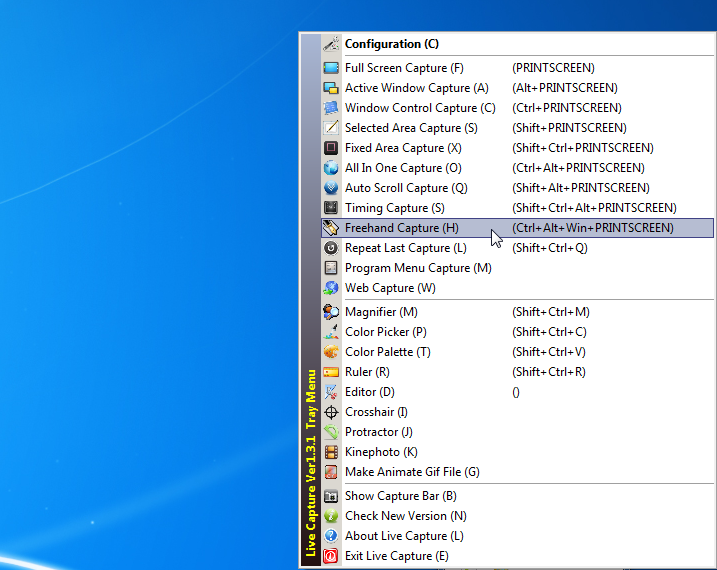 Live Capture is a screen grab utility with rather more options than most of the competition.

The program can of course capture the full screen or active window at a click. It can also grab window controls (the ribbon in an Office program, say, or the folder tree in an Explorer window). The Freehand Capture option allows you to draw an area you'd like to save (which doesn't have to be rectangular), or you can grab whatever is contained in a fixed-sized area.

But that's just the start. You also get a Web Capture option to grab an image of a web page. Choose Program Menu and you're able to capture a menu, perfect when creating documentation. Auto Scroll Capture will try to scroll a program window to grab all its contents (though this didn't always work for us), and the Timing Capture tool is so powerful that it could be an application in itself. You're able to capture images at the date and time you specify, then optionally repeat the capture at the interval you define, perhaps even saving the results as an animated GIF.

Live Capture is also supremely configurable. Each of its capture options has its own customisable hotkey, for instance. Grabs may be saved as PNG, GIF, JPG or BMP files (the latter two with customisable quality settings). You can be prompted for a file name each time, or the program can generate one automatically based on the parameters you define. And once an image has been captured, you can have the program open it in an application, upload it to the web or your own FTP server, print it, and more.

And if all this image capturing power isn't enough, the program throws in a few bonus tools, including a screen magnifier, ruler, colour picker and palette viewer.

Live Capture isn't perfect, of course. One or two options didn't work as we hoped (including the scrolling capture). And the interface is occasionally less than intuitive: you'll have to spend some time exploring to figure out how everything works.

Overall, though, the program is an excellent screen capture tool, especially for free, and if you're currently show on screen grabbing power then you simply must give Live Capture a try.

Interface quirks mean Live Capture isn't as easy to use as we'd like, but otherwise this is an extremely versatile screen grab tool, highly powerful and packed with features

Easily capture, edit and share images from your desktop

Grab, edit and share your screen captures in seconds

Take and automatically save screen grabs with a single click

A free tool for capturing screenshots in Windows

The first of many official tools to enhance Windows

A free and easy-to-use archiving tool

Webcamoid is a one-stop webcam capture and recording suite 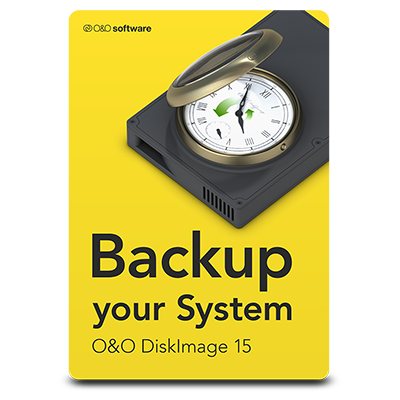