Use this disk defragmentation tool to keep your system optimised

MyDefrag is a disk defragmenter and optimizer, that is a maintenance utility to make your hard disk faste). It is freeware, no time limit, fully functional, no advertisements. Fast, low overhead, with many optimization strategies, can handle floppies, USB disks, memory sticks, and anything else that looks like a disk to Windows. Included are a set of easy to use scripts for end-users, a scripting engine for demanding users, a screensaver, and a combined Windows plus command line version that can be scheduled by the Windows task scheduler or for use from administrator scripts.

MyDefrag is extremely solid because it is based on the standard defragmentation API by Microsoft, a system library that is included in Windows 2000, 2003, XP, Vista, 2008, and Win7. Most defragmenters are based on this API, including the free defragmenter that comes with Windows and many commercial defragmenters. Basically all MyDefrag does is send "move this file to that location" commands to the API. The API is part of the operating system and can safely move almost any file on the disk, without risk and while the computer is in full use.

Imagine a big library with lots of books, spread out all over the building and not sorted whatsoever. There is an index telling you exactly where every book is, but you will have to walk a lot when you need several books. This is exactly what happens on your hard disk, the files that belong to an application can be all over the place, anywhere on the hard disk. Optimisation will bring all the files together in one place, leaving the rest of the hard disk empty, and will sort the files, for example alphabetically.

Get better boot-time with MyDefrag ...
08 May 2014 11:40, George Melendez
I have used just about all the major defrag tools, IObit, Auslogics, Defraggler, O&O FREE, Puran and others but none has really given me a real performance boost or lowered my boot-time. They all have many options and features but not a real and noticeable performance advantage. Then I started using MyDefrag and that's when I noticed a real performance and boot-time experience. My boot-time was around 54 to 57 seconds using Wins 7 default defrag and the best I achieved was 49 seconds using Puran. Let me state that when comparing the other tools I would first defrag with Wins 7 defrag and then use another to so as to be fair when comparing. And how about MyDefrag and what where the comparison numbers? MyDefrag gave me a boot-time of 34 to 36 seconds and that's better than 20 seconds off my boot-time. I was astonished so I did the comparisons again with more or less the same results. MyDefrag is not perfect by no means. It is slow when defragging. Not like the others that some are extremely fast. MyDefrag has very few options and features while others are loaded with opts & features. The GUI is dull while others can be categorized as "eye candy". But let me say this, why do we defrag our hard drives? Is it not to gain a performance pic-up and achieve better boot-time? If you are looking for better boot-time and faster file and program access try NyDefrag. You can't do better. But if you prefer an "eye candy" GUI, lots of features and options then you can choose any of the others. I will use MyDefrag and you should try it also. You will not go wrong with MyDefrag.....
Related Downloads Other Downloads From This Category

A free tune-up utility to maintain the performance of Windows 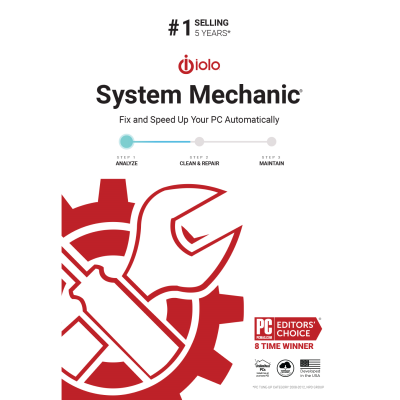